SF Shines provides grants and design services for businesses to improve their storefronts.

Now, business owners can get grants toward COVID-19 safety measures.

Get help paying for your storefront’s COVID-19 safety measures

Apply for SF Shines for Reopening. You can get reimbursed for items like barriers and furniture.

Tenderloin Neon: A to Z

Open in another tab

Jim Rizzo, founder and owner of Neon Works: When I look at an old neon sign that's working or not working, I feel the family business that was in there.

Joaquin Torres, Director of the Office of Economic and Workforce Development: Since 2009 citywide, SF Shines, this façade and tenant improvement program, has supported businesses and sites like the ones that receive new neon signs.

Rizzo: You know, SF Shines is doing an amazing job to bring back the lighting and the neon glow of San Francisco.

Randall Ann Homan, co-founder of SF Neon: SF Shines is such a cool program and I can't think of another one in another city that gives matching grants to small business owners, mom-and-pop stores, to update the façade of the building. And if they've got a neon sign, then they've got, really got a great way to shine a light on their business.

Torres: Focusing on neon signs is relatively new to us. Of the 7 neon signs we've worked on so far, we've invested a little over $50,000 which is leverage and in addition, about $45,000 from private property owners to help make those signs shine again.

Rizzo: A good quality sign costs more, but it lasts infinitely longer. As opposed to a sign lasting 2, 3 years, a good well-done sign will last 15 to 20 years.

Al Barna, co-founder of SF Neon: In San Francisco, the majority of neon signs are for small mom-and-pop businesses. To be able to restore these signs, I think it brings back a sense of pride in your community.

Conry: One of the things that the Tenderloin Museum brings to the project, is an in-depth knowledge of the history of the neighborhood. Part of the project has to do with prioritizing certain signs in the neighborhood based on their aesthetics, based on current business activity, and based on history. In the 3 years we've been open here, we've seen a number of neon signs restored just on our corner down Eddy Street.

Rizzo: There's a strip of hotels in the Tenderloin, some of which have been recently restored and many more that are wanting or waiting to be restored. I have worked with Randall and Al and we mapped out every single one of them and rated them as to how much work they would need to get restored. That information is then passed on to SF Shines and they're going to rank it. So if they have X budget for a year, they can say, "All right we're gonna pick these 5." And they're putting together clusters so that they build on top of what's already there.

Homan: A cluster of neon signs is, I guess, sort of like a cluster of grapes, when you see them on a couple of corners or in a block. It lights up the street in the neighborhood and creates an ambient glow that you can't really get from one sign. But if you get 2 or 3 signs going on a corner or a block, then you've really created an atmosphere that's almost like a movie set.

Torres: Some of the hotels we've already invested in to get those neon signs lit up for people to enjoy at night, include the Elk Hotel, Jefferson Hotel, Fairfax Hotel, the Verona Hotel. Not to mention some that we've done in Chinatown, as well as the large Avenue Theatre in San Bruno and the city's Portola Neighborhood.

Rizzo: We got the contract to restore it. It took five months. The biggest challenge is that it was completely infested with pigeons. Once we got it cleaned, it came out beautiful.

Barna: Neon signs are often equated with film noir and the noir genre. As seen through the Hollywood lens, basically depicted despair and desperation.

Homan: Market Street probably had the highest concentration of neon signs. And that's where the movie theaters were. You went down and you would see the most recent Humphrey Bogart film filled with neon in the background, and then you you come out and basically you'd see that same atmosphere in Market Street. And as Market Street started to get seedier and seedier, and fewer and fewer people went down then, it was sort of a prophecy of what was going to happen to that strip of neon light.

Barna: Almost any noir film that you see it might start with the allure and promise of a neon sign, but it usually ends in a lonely rowhouse with one blinking neon sign, missing a few of the letters.

Homan: One of my favorite little cameos of a neon sign in an old black-and-white film, is in Lady from Shanghai. And either Orson Welles is chasing Rita Hayworth or vice versa, and they're running down Grant Avenue. And you can clearly see behind Rita Hayworth's head is the Li Po sign that looks like a Chinese lantern. And that movie was made 70 years ago! The Li Po sign has been waiting for a restoration for decades and this is the year, because of the SF Shines program.

Torres: I think what the Office of Economic and Workforce Development is very excited about, is that we'll be able to see more neon signs in a concentrated way. Lit up at night for visitors and most especially residents. The First Coin Laundry, the Elm Hotel, the Western Hotel are ones that we want to focus on in the year ahead.

Homan: Neon signs are so iconic to certain neighborhoods, like the Ha-Ra, like the Night Cap. We want to save as many historic and legacy neon signs in San Francisco and so do they. We bring the expertise and they bring the means to actually get the job done.

Conry: Neon was invented, to some degree, to make the nighttime more friendly and also to advertise businesses. It's great advertisement, so it's another way of really supporting and helping local businesses.

Torres: There are so many ways to increase public safety. The standard ways of having more eyes on the street, but there are other more culturally significant ways to do that too. And that means lighting up our streets. One of the easiest ways to do that is focusing on lighting improvements in the neighborhood. But what better way, and special way, to do that than by having old, historic neon signs lighting up our streets at night and casting away our shadows.

Rizzo: When I see things coming back to life, it's like remembering how things were. It's remembering the hotel, or the market that went to work 7 days a week to raise their family, or to provide a service. And it just makes my heart glow. 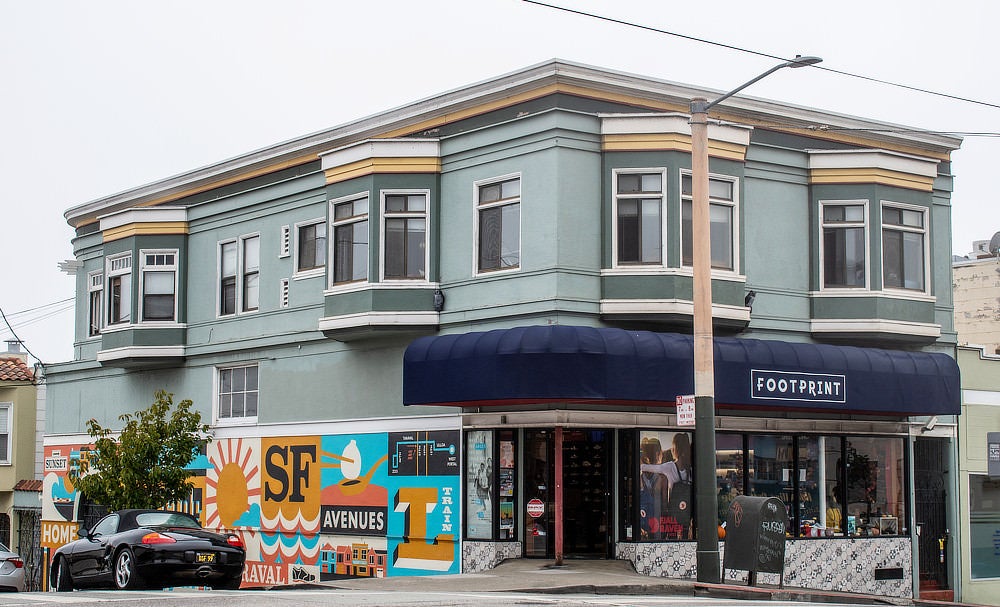 SF Shines is a program of the Invest In Neighborhoods division of the Office of Economic and Workforce Department. The program provides grants, design services, and project management for property improvements. The goal of the program is to help small businesses thrive and create vibrant and safe neighborhood commercial corridors.

Office of Economic & Workforce Development
Back to top